Skip to content
Water on the Moon
A Play with Songs 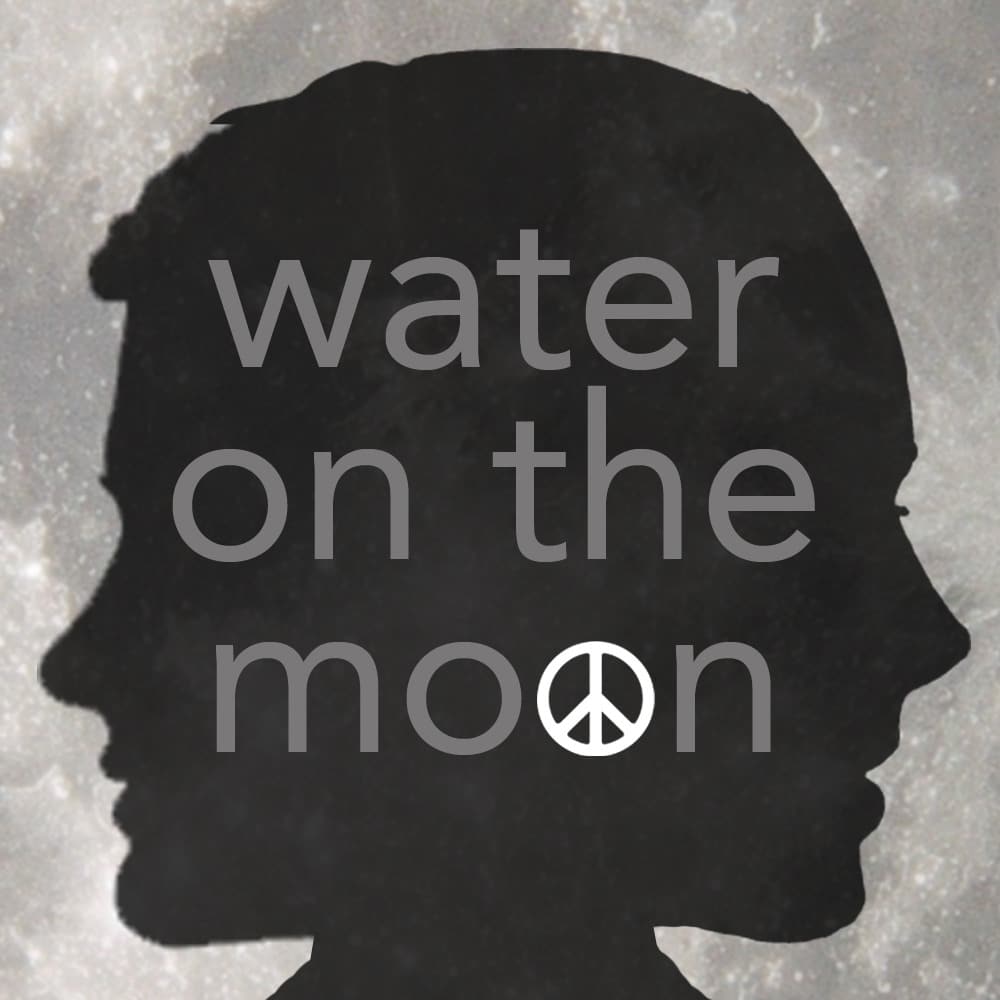 Water on the Moon is a love story in which four actors play the same couple, at age eighteen and forty-three. It is set in the present and in 1972, just before the end of the Vietnam War. Sandy and Jimmy are from opposite sides of the tracks, but in their garage band together they soon share dreams of stardom and a once-in-a-lifetime love. But when Jimmy is drafted for Vietnam, against Sandy’s protest, both their dreams of a musical career and a life together are destroyed. Now, 25 years later, they meet again to try and finally confront their past. Featuring seven retro rock n’ roll songs which weave throughout the play in this time-bending love story.

Water on the Moon has received readings at TheatreWorks in Hartford, Connecticut, Signature Theatre in Arlington, VA, MetroStage in Alexandria, VA, and at Barrington Stage Company in Great Barrington, MA.

The latest revision of the work was performed as a live radio play and benefit for homeless families in 2001, starring Bill Pullman, at Voice of America in Washington, DC.

Male
DR. J. CHARLES FINN – an astronomer in his forties with a science show on public television. Graying hair, distracted air, attractively rumpled look. (Non-singing role)
JIMMY FINN – Chuck when he was eighteen. A little too smart for his own good. (Tenor) KATHLEEN CAHILL (Book & Lyrics) – is a graduate in Musical Theatre at the Tisch School of the Arts. Her awards include three Edgerton Foundation Awards, the Jane Chambers Playwrighting Award, two Connecticut Commission on the Arts Playwrighting Awards, a Massachusetts Artists Foundation Award, a Rockefeller Grant, a National Endowment for the Arts New American Works Grant, and a Drama League Award. She was a DGF Travelling Master in 2019. Her play Charm (NNPN Showcase) was nominated for a Pulitzer Prize; her play The Persian Quarter was nominated for a Steinberg Award. (Both published by Dramatic Publishing.) Her produced musicals include Friendship of the Sea (North Shore Music Theatre) Dakota Sky (Olney Theatre) an opera, Clara, two opera/cabarets, A Tale of Two Cities: Paris and Berlin in the Twenties (Maryland Center for the Performing Arts), a comic opera cabaret, Fatal Song (most recently Utah Opera) a short opera, The Better Man, (Utah Opera) Perdida, the Winter’s Tale set in Mexico (Published by Dramatic Publishing.) Her plays include the comedy, Course 86B in the Catalogue (Salt Lake Acting Company) The Still Time (Georgia Rep/ Porchlight Theatre, Chicago) the comedy, Women Who Love Science Too Much (Porchlight Theatre and NPR Radio) Charm ( National New Play Network Festival, Salt Lake Acting Company premiere, Kitchen Dog Theatre, Dallas; Orlando Shakespeare; Taffety Punk, Washington D.C., New Hampshire Theatre Project, among others) The Persian Quarter ( Salt Lake Acting Company, Merrimack Rep.) Harbur Gate, an NNPN commission. (Salt Lake Acting Company, 16thstreet Theatre, Chicago.)   Henry, Louise and Henri (one act) and The Robertassey at Women’s Playwrights Initiative, Ivoryton Playhouse, CT; The Robertassey  was the featured play at the 2019 Seven Devil’s Playwrights Conference.  Silent Dancer a groundbreaking dance/play premiered at the Salt Lake Acting Company in April 2019. A new musical, LATE, about the effects of gun violence on a small group of high school students, will be presented at Berklee College of Music in Boston in 2020 (Postponed due to coronavirus) and is currently a project with Moonbox Productions, Boston. Recent: Her play One Stone was a semi-finalist at the Gary Marshall New Play Festival, and the first prize winner in the Women’s Voices Festival at Mad Cow Theatre, Orlando. Madera Canyon is a finalist at the Cell Theatre, Albuquerque.  She wrote the screenplay for the independent feature, Downtown Express.