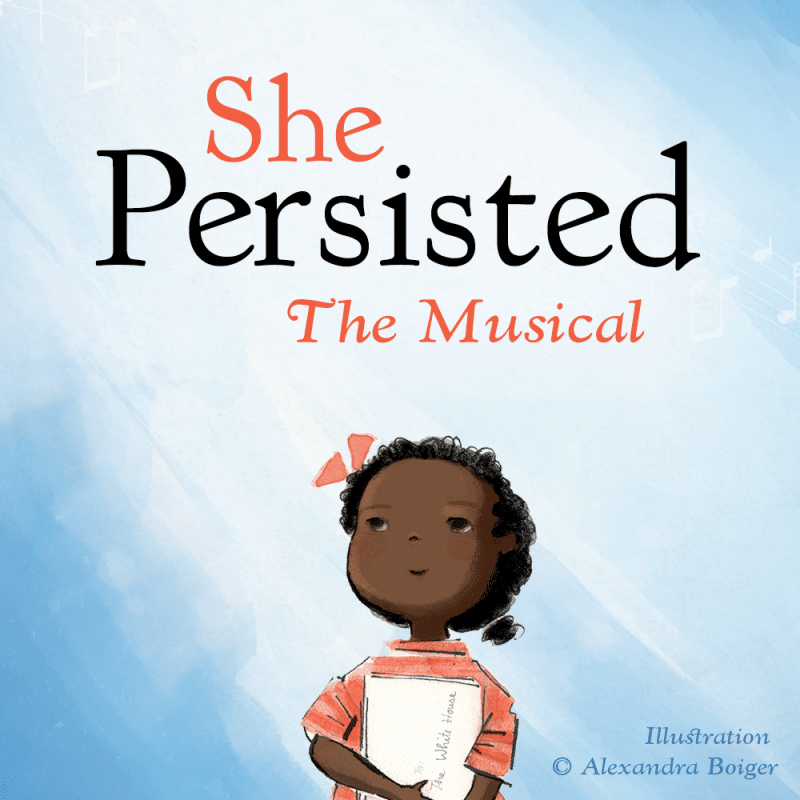 Naomi’s fourth-grade trip to the museum turns into a time-travelling adventure where she gets to meet inspirational women overcoming barriers and making history.

She Persisted: The Musical was commissioned by Bay Area Children’s Theatre and premiered in February 2019 under the direction of Khalia Davis, with music direction by Erica Maier D’Ambrosio.  It next enjoyed a celebrated Off-Broadway run at the Atlantic Theater Company in 2020, receiving the Off-Broadway Alliance Award for Best Family Show.

“An exuberant, time-traveling history lesson that instills confidence! The optimistic takeaway for the youngest generation is clear: Persevere. You’ve got this.” – Laura Collins-Hughes, The New York Times

“A piece of children’s theatre that is both entertaining and relevant. The show leaves us with an unforgettable rallying cry: “We insist, we resist, nevertheless we persist!” – Jordan Freed, Theatrius

“Inspirational! A call to action for families raising young feminists, She Persisted celebrates real-life sheroes while demonstrating that everyone has the power to make a difference.” – Raven Snook, Time Out New York