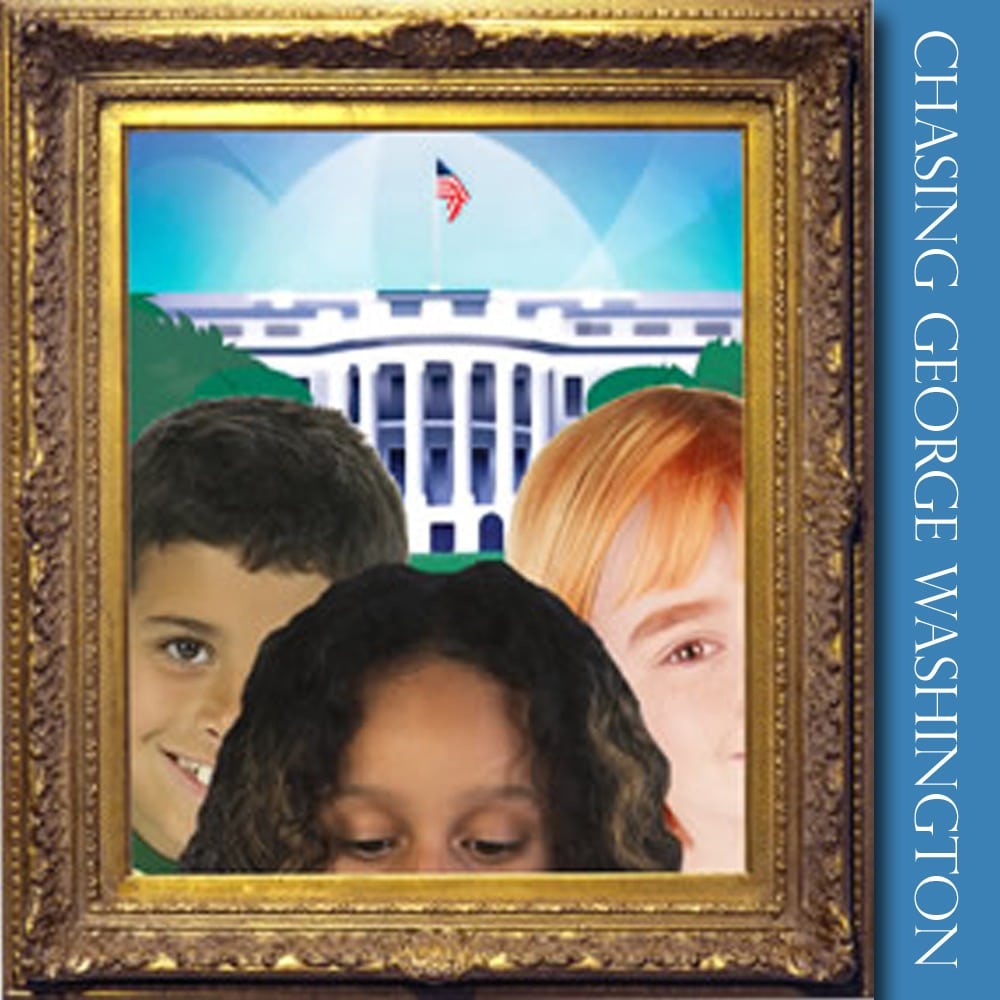 Field trips are fun, especially when your destination is 1600 Pennsylvania Avenue! In this charming musical, our founding fathers (and mothers!) show three kids the history of the White House. Dee, José, and Annie accidentally knock George Washington out of his portrait and into real life – turning their White House tour into an unexpected adventure. As they try to get the nation’s First President back into his painting, the threesome encounters Jacqueline Kennedy, Abraham Lincoln and his wife Mary Todd, Dolley Madison, and other famous White House residents. Together, they learn that the White House isn’t just a historic building… it’s also a home.

Commissioned by the Kennedy Center and the White House Historical Association, Chasing George Washington was created with the help of Young Playwrights Theatre. In 2007, YPT brought a group of 5th and 6th graders to tour the White House and then write about the experience. From those student’s reflections, Karen Zacarias shaped the script that would become Chasing George Washington. The show premiered in the spring of 2008, and was honored with an invitation to perform in the East Room of the White House for the First Lady and invited guests, and was nominated for a Helen Hayes Award for Best New Play. From 2009 – 2010 it was performed across the country as part of the Kennedy Center’s Theatre for Young Audiences on Tour, and in 2011 was adapted into a book by Ronald Kidd.

“The phrase ‘if these walls could talk’ is often heard. In the case of ‘Chasing George Washington,’ they do — and they have a compelling story to tell.” – The Washington Post

“Every sixth grader in the US (and his/her parents) should see ‘Chasing George Washington.’ Wonderfully accessible! Funny, relevant and poignant! There was not a dry eye in the house after the Lincoln scene and beautiful song. My son has never asked more questions about history. The play made all of us appreciate the evolution of the Revolution. Next week we are going to see the Washington portrait at the Portrait Gallery per my son’s request! A play with impact… to change the way kids see themselves and their role in history.” – ‘Soccerdad’