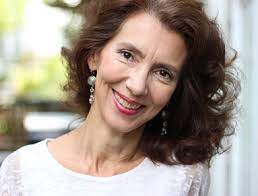 MARY HALL SURFACE (playwright) is an internationally-recognized playwright and director specializing in theatre for families.  A  member of the Washington, DC theatre community since 1989, she has had twelve productions at the Kennedy Center as well as at Arena Stage, the Folger Shakespeare Theatre, the National Gallery of Art and three projects with the National Symphony Orchestra. Internationally her work has been featured in productions and festivals in Germany, Canada, Japan, Peru, France, Taiwan, Sweden and Ireland. She has been nominated for five Helen Hays Awards for Outstanding Direction (receiving the 2002 award for Theatre of the First Amendment’s Perseus Bayou) and for four Charles MacArthur Awards for Outstanding New Play. Her plays are published by Dramatic Publishing, Anchorage Press and Samuel French, and original cast albums of her musicals have received Gold and Silver Parents’ Choice Awards.  Smith and Kraus has published an anthology of five of her plays as well as two collections of scenes and monologues.   She has served on the board of the International Association of Theatre for Children and Youth, as the producer of a National Festival of American Theatre for Families at the Kennedy Center,  as a National Endowment for the Arts on-site evaluator and theater panelist, and is the 2006 recipient of a lifetime achievement award for her playwriting from the American Alliance for Theatre and Education. Ms Surface resides in Washington with actor/sculptor Kevin Reese and their daughter Malinda.