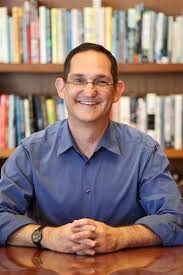 Adam Tobin (book and lyrics) is a writer, improvisor, and teacher. He is a Senior Lecturer teaching television and screenwriting in the Film & Media Studies Program at Stanford University. Before coming to Stanford, he received an MFA in screenwriting from USC School of Cinematic Arts and worked in the entertainment industry in Los Angeles and New York. He created and produced the half-hour comedy series About a Girl and the reality series Best Friends’ Date for Viacom’s The-N network (now TeenNick). Tobin won an Emmy for writing on Discovery Channel’s Cash Cab, has worked in script development for Jim Henson Pictures, and for the entertainment division of the National Basketball Association. He also teaches improvisation and has taught script development at animation studios Twentieth Century Fox/Blue Sky Studios, Aardman Animation, and Dreamworks Animation.